Alexandre, we’ve just learned that you (Maison Ferrand) have acquired the WIRD distillery in the south west of Barbados. How did these negotiations happen and what motivated the purchase?

For our Plantation rum, we have been buying exceptional rum for 20 years, which we choose barrel by barrel from the best distilleries in the Caribbean. I take care of that and I know them very well, as well as their teams.

Moreover, at Maison Ferrand we are, above all, producers. For Cognac Ferrand, we are part of the production process all the way from grape to bottle. It’s a long process of craftsmanship, but it’s what we are passionate about. And, its our very raison d’etre.

We have been looking to buy a good distillery in the Caribbean for several years. West Indies Rum is a very old distillery with all its archives and references of over 150 years. For example, we have plans for the first Caribbean copper column still. It is also a distillery that kept its old stills, which are just begging to be put back to work.

WIRD, which produces the blend Cockspur, has long ceased to be a craft distiller but rather to be a truly industrial producer; How can this tool be part of your very qualitative approach. I’m broaching the subject of stills, here :))).

Like all ancestral distilleries that have never stopped producing rum, West Indies Rum has had its ups and downs. It is a distillery that has been around for some 30 years, beginning at a time when interest in sipping rums was almost nonexistent. To avoid shutting their doors, West Indies decided to invest in a larger column still to be more competitive in the rum market. This choice allowed West Indies to continue, thankfully, without letting go of its legacy since all the old stills were preserved while waiting for better days, and the team continued to work and train on the production of outstanding rums. You’ve certainly heard about the famous still called Rickley, which remains in use, but there’s also a completely unique still which was previously known to the entire body of rum specialists only through books. Well there is one at West Indies Rum that is ready to resume service. Plus, two others from the historic Babson distillery that had been bought by West Indies Rum at the end of the 19th century. Fascinating. It’s like entering the Jurassic Park of distillation where everything is still there. And you know how passionate we are at Maison Ferrand about that kind of thing.

Will the agreements to produce the rum used for Malibu remain in place?

The purchase of the distillery includes its agreements. Some partners have chosen to work with West Indies Rum for many years even though their prices may be higher than those of some competitors in other countries. We intend to honour these agreements. We will be present for collaborators looking for well-made rums. 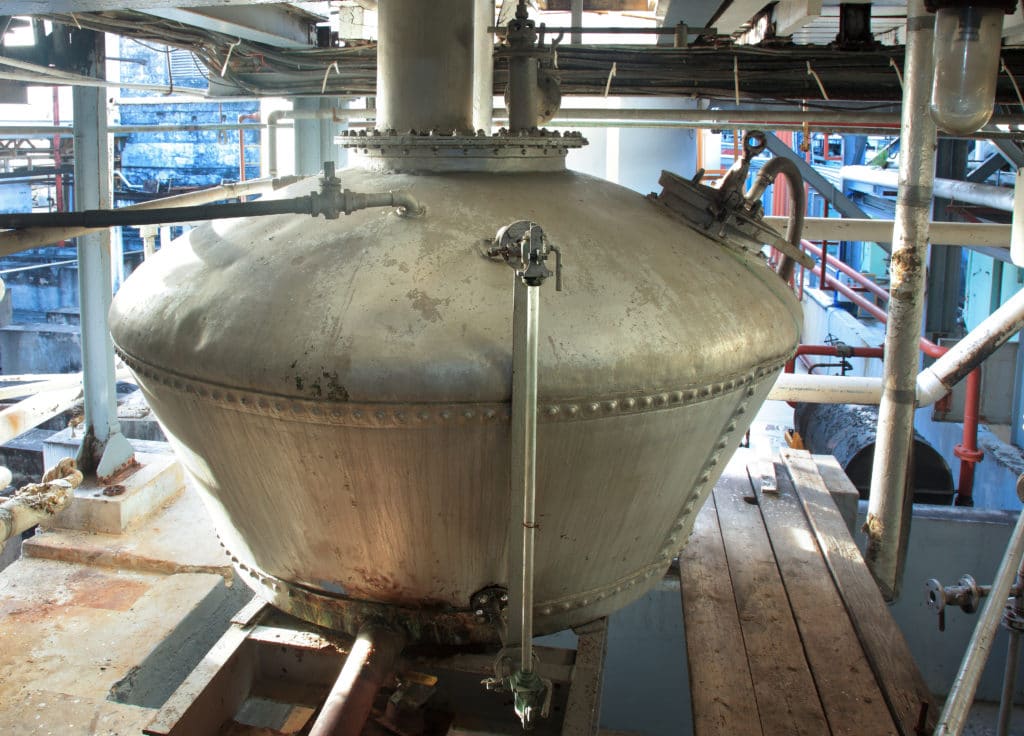 The first article in the local press to uncover this news raised the question of whether it was a good thing, after Rémy-Cointreau took over Mount Gay in 1989, that a new section of the local economy passes into French hands. How will you reassure the Barbadians?

I understand and respect the fact that the Barbadians are wondering about the future of West Indies Rum as it is a Barbados institution. I spend a lot of time there and I see that. It is a small country (130 times smaller than France) that I appreciate very much. We are pleased with this acquisition; it is the realization of a dream. We also take this on with great humility and acknowledge the hard work ahead of us.

Does this purchase open the door to the creation of a regulated name “Rum of Barbados”. I understand that the great difference in philosophical views between Foursquare (Richard) and WIRD previously made this difficult. Are you going be closer in line with the ideas of Richard Seale and Rémy-Cointreau in this regard?

I think connoisseurs of quality are now familiar with the Maison Ferrand and Plantation philosophy. For many years we have been an advocate of great rum and its culture; the beauty of its flavours and also its richness and diversity. Barbados is the birthplace of rum. According to historical archives, the oldest references to this great spirit are found on Barbados. We will continue to earnestly defend its values, which we share, for the production and protection of the RUM. We are always sympathetic to and welcome initiatives that go in that direction. And if taking the approach of a GI Barbados has this objective, then we will agree. But we must be sure.

Without saying too much, can you tell us and few ideas that you must already be playing with now that you have your own rum distillery.

That’s another chapter, another interview. I’ve been dreaming about it for years. And my team, of which I am very proud, also shares this dream. And we have just joined up with a great team in Barbados under the leadership of Andrew Hassell who, like us, is a producer full of passion.

Finally, how do you feel today? Is it a dream come true?

Yes, the whole team at Maison Ferrand is very pleased. We also know that we have a lot of work ahead of us to realize the many incredible things to do with the West Indies Rum team.